read: it all starts with one 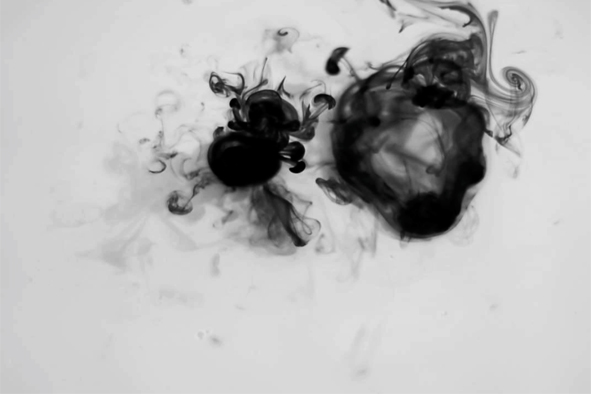 Explaining how the connections in our system and its complexity can be used to provide change. Simultaneously underlining the importance of community-building and joining together of like-minded individuals.

To understand what is going wrong we have to broaden our view. It might sound absurd, but we are in the same situation as the church in times of Galilee: Our society is believing in things which are evidently wrong. This belief forms the underlined principles of our idea of humanity and our economical calculation. The capitalistic theory believes that economic growth will bring wealth to all humanity, but infinite growth is not possible in a finite world.
The more we quest for a better life, the unhappier we get. By trying to make things easier for us, we tend to make them harder. We try to save time, but instead we increased pace and therefore spend our time running after it. We spend our time consuming all the goods which are advertised and we need to spend more time working to pay the debts we incurred to buy them. We want everything new. We are inventing new technology, which needs more energy, to get more energy we use more resources. The technology breaks and is too complicated to be repaired, or no-one tells us how to repair it, so new technology is replacing the old one. The old one eventually ends up in huge landfills. But nothing we produce disappears, nothing vanishes.
We put it out of sight, on the cost of others: humans, animals, air, soil and water. Our world has become massively complex, the more we think we understand, the less we actually do.

Where do all the misunderstandings root from?
The reason is the size and complexity of our world´s systems. Our man-made system as a whole has gained complexity and pace through the development of global trade (1500-1840), through the revolution in production, transport and communication (1840-1914), through the development of telecommunication, the development of mobile communication and the digital revolution (establishment of the microchip, the base for the internet). At present it is an unclear and unmanageable interwoven network of more or less influential institutions, globally interconnected markets and businesses. Including complex and wide reaching fields of science and technology which seem to facilitate everything. Additionally the whole network is based on a fragile economical system, influenced by politics, industry and stating profit. Everything takes place in a completely different and also complex system – the nature of the planet earth. We pretend to know how this system functions, but we do not and neither do we have the power to control it.

Nevertheless, we want to understand and develop our knowledge. In order to gain more understanding and information we are breaking the man-made and the natural system into its´ components. Everything is divided into its particles, from the very beginning we learn to think in disciplines.
At school we are taught in subjects, which are subsequently categorised into learning-units and tutorials, we are studying in courses with major subjects and subsidiary subjects, we are applying for jobs in professions and then work in companies, in specified departments, interacting within specialised fields, grouped into sub-teams. Often we do not even bother what the consequences of our work are.
Categorising and breaking up in particles is unavoidable nowadays, it makes understandable to us what became way too complicated a long time ago.
What has happened is called the Black-Box-Effect, described by the Finnish author Miakel Krogerus the Swiss author Roman Tschäppeler: Thus with increasing complexity and pace the parts we understand – have a full comprehension of – are becoming progressively smaller. So we are surrounded by black boxes, complex structures, which we can name but are not able to understand them, even if someone tries to explain them to us, we see them as closed black boxes. 1
It is even more difficult to understand all the impacts the certain parts have on each-other.In conclusion we are not able to gain a complete picture anymore. Every part is operating on its´ own, not knowing what impact it has on the others and what its relation is to the whole system (the man-made and the natural).
Legislation and politics, as the controlling institutions of our systems, try to supervise the system and its components, so everything develops towards the common good. Unfortunately the „common good“ is relative and strongly influenced by those with power. Additionally it is focused on the good of economy, ignoring society, culture and the natural world. This leads to corruption, bribery, abuse of power on the one hand, inequity, exploitation, and poverty on the other. Half of the worlds fortune belongs to 350 people.2
Our current economy makes the poor poorer and the rich richer. To keep it going we have to produce and buy more, to buy more we make things artificially cheaper which in reality are dreadfully expensive. The costs are transferred onto other peoples quality of life. They are transferred into the future, to our children which will have to deal with the overheated planet. The fundamental human rights and rights of the natural world and all its´ powerless creatures are abused.

To find a way out of the unsustainable system, we have to change the values first. Economy has to serve the society and culture equally respecting to every human being in this world. It also has to work within the principles of nature and all its´creatures. A shift of the main focus, from profit to humanities real needs and natures values is a first approach.
Furthermore since we are not able to understand the whole complex system, it is not possible to mend and rectify it with one massive conclusion, though it is possible to see the connections between certain components, see what impacts they have on each other and apply changes there.
Hence interdisciplinarity – crossing traditional borders of disciplines and working in between those borders – is crucial. We need indeed to work with other components of the system in order to exchange knowledge and to co-operate. Errors that brought us into the current situation are for example that economy does not co-operate with ecology, design does not know about sociology and industry is not interested in ethics. But all of the fields are connected and their connections could provide better answers and solutions to current problems than they have on their own. We see wherever there is overlapping and reach hands to each other to co-create new solutions.
A further problem lies in the scale of our system: the smallest part is the individual, surrounded by its´ friends and family, his social network, then the place he lives, the city or town, the state, the country, the continent and the finally the world. On all levels judgements are delivered, decisions and arrangements are made. Changes are happening at all times, at every level, but for different intentions, aims and reasons. The bigger the scale gets the more people are involved, the more time it takes to execute changes and the more impact those changes have. However, if we wait for the governing and legislating institutions – those operating on a larger scale – it will be too late, if we act on our own it will be too small.1 Hence what we have to do is to activate our networks – our own system – in which we are the operators and enhance a change of the focus there.
It is for us to challenge the status quo. We have to perceive what is going wrong (what is actually wrong within our own system, where people are disadvantaged, what harm does it to nature and the environment), we have to take care about it (be responsible for what is going wrong), we have to educate our friends, families, co-operators, colleagues, children and we have to guide the changes. Perception, care-taking, co-operation, education and guidance.

1 „How Do You Make a Website for Transition?“, J. Thackara, Design Observer,
http://observersroom.designobserver.com/johnthackara/post/how-do-you-make-a-website-for-transition/31398/

In the video „It All Starts With One“ I wanted to present an outline of our man-made world, the one I grew up in. An expanding diagram represents the complexity and pace of our system and that we eventually find us – the individuals – when we change the scale and zoom into the system.
In the first version of the video the individuals appear in short sequences out of the dark, partially hidden, looking in different directions, perceiving what has been done wrong, what should be done better and seeking for the right way to change it. The „one“ has strong ideas, but the „one“ has not enough impact, not enough strength to implement the ideas. In a group of friends, colleagues, in a community the „one“ is stronger, we are in fact a gregarious species. So they are reaching hands, no-matter what their profession or their ethnic background is, they now have one thing in common. The following sequence shows the people looking straight into the camera, facing the change, gaining strength and preparing to get it done. One by one the group builds up and finally the graphic zooms out, showing the impact of their change in a red circle growing and infecting the whole system.
In the second version of the video, the people appear in really fast sequences, overlapping, so it is basically not possible to grasp their individual faces. They appear like the passers-by on the street. When the grafic zooms in, the same overlapping faces appear again, but the sequences become slower and slower. The faces become recognisable, and colourful. At least they become very clear and look straight into the camera. Next they reach hands and build a group. From the mass of the people they become individuals, that come together to change. The graphic zooms out and the change get´s visible through the red colour growing until the whole system changes.

The video is aimed at people that care about our environment and  inequity, no matter what their profession, their demographic, geographic, cultural or ethnic background is. If it would be shown on the commercial television it would be broadcasted on „ARTE“. »ARTE is a European cultural television channel. Its originality lays in the fact that it targets audiences from different cultural backgrounds, in particular French and German. (…)Arte strives to create thought-provoking, emotionally engaging programmes that enrich its´ multicultural audience’s lives. The different programmes invite you to discover other people, regions and ways of life, to experience culture in Europe and to better understand political and social developments in today’s world.« 1
Concerning my field of practise, I wish designers would have more courage and responsibility for their work. I studied spatial design before, and my school was already built upon interdisciplinarity, teaching us not only how to construct spatial objects, but also how to visualise, communicate with visuals and act within marketing and law. Nevertheless, it lacked education in terms of ecological and social responsibility.
Working as a product designer, I discovered for myself work within one specialised category was not right, neither was it about designing more non-recyclable packaging out of finite resources.
I am aiming to gain enough knowledge to inspire and educate in the field of design to work within the principles of sustainability. Simultaneously I want to work within different communities to enhance sustainability and pro-environmental thinking. This video would serve as an introduction and a motivation to move minds and support a turn towards positive change.
1 http://www.arte.tv/de/ARTE–The-Channel-_5Bengl-_5D/2197470.html